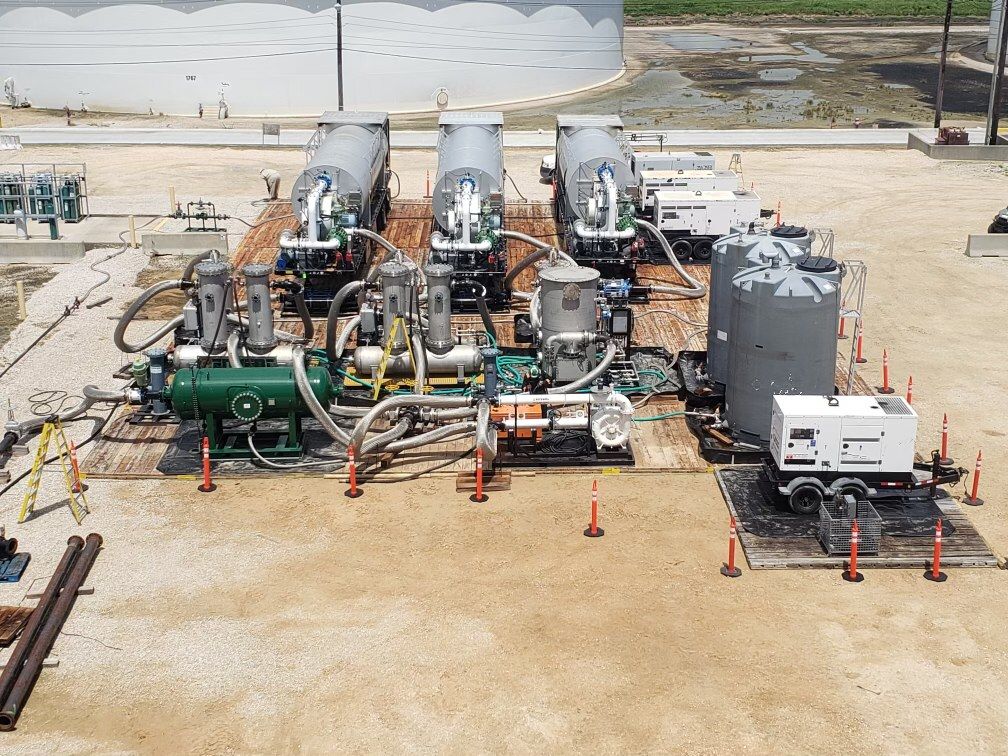 A large gulf coast refinery was planning major equipment turnaround on multiple process units. While defining the scope of the work, they estimated that their Flare Header would quickly reach maximum capacity with vent gas from the process unit depressure and decontamination steps. The environmental department required the project to limit all emissions to the flare due to increasing regulatory scrutiny for flaring. If the refinery solely relied on their FGR system the turnaround delays would cause the project to be 7x longer and have enormous cost to the refinery operation.

The refinery selected Envent to design and engineer a vapor control & flareless turnaround system to help them meet their compliance limits, project schedule, and turnaround budget. Envent determined the feeds and makeups for the process units in question and the schedule at which Envent would see different vapor compositions. Envent selected various equipment from their fleet of vapor control solutions to mitigate each phase of the turnaround process. H2S concentrations of up to 100,000 ppm required specialty liquid scrubbers. Steam outs required condensing and knockout equipment. Unique hydrocarbon compounds required upgraded detonation protection equipment.

The refinery congratulated Envent for an extraordinary job on this project as they had exceeded their compliance initiatives. Instead of hundreds of thousands of dollars in fines, they paid zero. Instead of the 95% destruction efficiency common to flares, they had >99.99% destruction efficiency common to Envent’s thermal oxidizers. The refinery completed their turnaround ahead of schedule, helping them above average profits for the year. Most important of all, no safety/compliance/equipment incidents occurred.