Envent helps to provide a solution to handle Liquid Ammonia 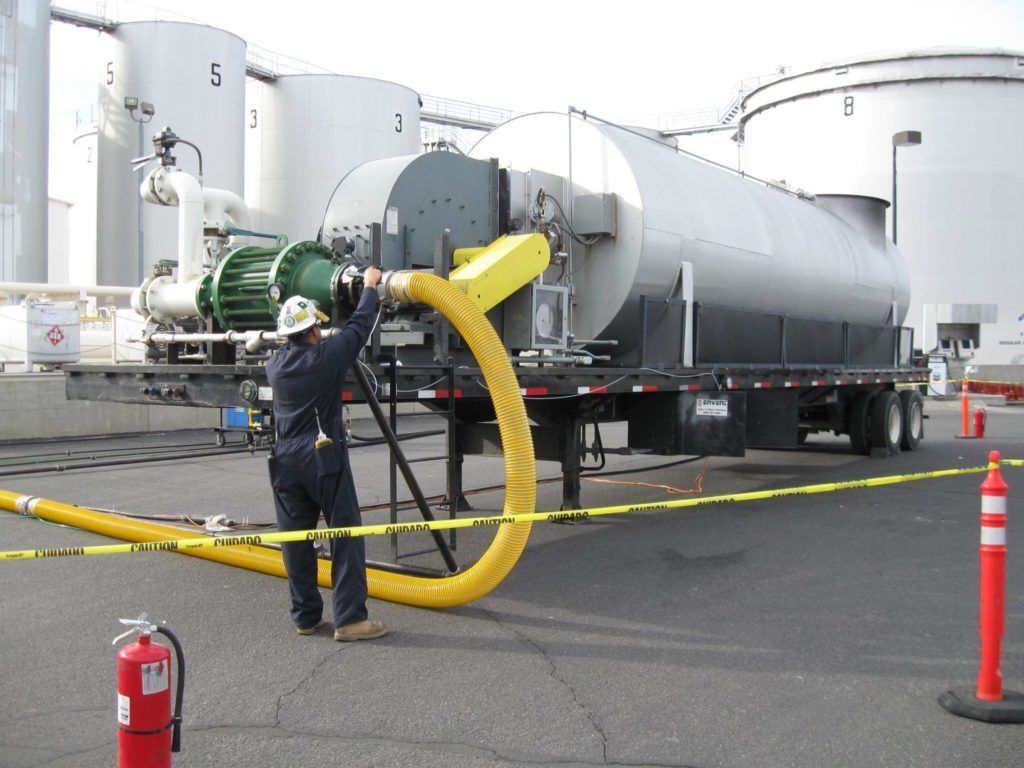 A customer tasked Envent to help evacuate an Ammonia tank skid and the surrounding piping so that multiple valves in the system could be replaced safely. Envent would have to provide a solution to handle liquid ammonia, associated temperature issues, and chemical hazards.

Envent provided the customer with a High Pressure Regulator, a SS Knockout Vessel, and an EMECS 20 Thermal Oxidizer all connected by SS Hose. The customer system had an initial pressure of 200 psig which was reduced to a manageable pressure by the High Pressure Regulator. However, as pressure decreased, the temperature of the vapor stream would decrease as well, resulting in freezing of the liquid ammonia. To combat this issue, a constant heat source was applied to the SS Knockout Vessel, thereby preventing the ammonia from freezing and allowing it to vaporize sufficiently. The ammonia vapors were routed into the EMECS 20 Thermal Oxidizer where they were combusted with over 99.9% efficiency. Using the EMECS 20 onboard blower, Envent maintained a vacuum on the system so once ammonia levels reduced to nearly zero, the valves could be removed and replaced. The constant vacuum helped to prevent any release of ammonia vapor into the atmosphere, and eliminated worker exposure to the chemical. The process was continued until all valves were replaced safely.